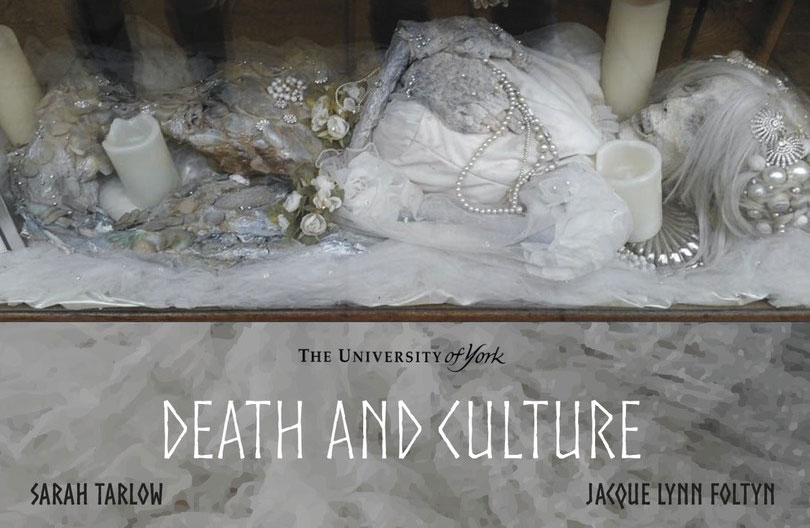 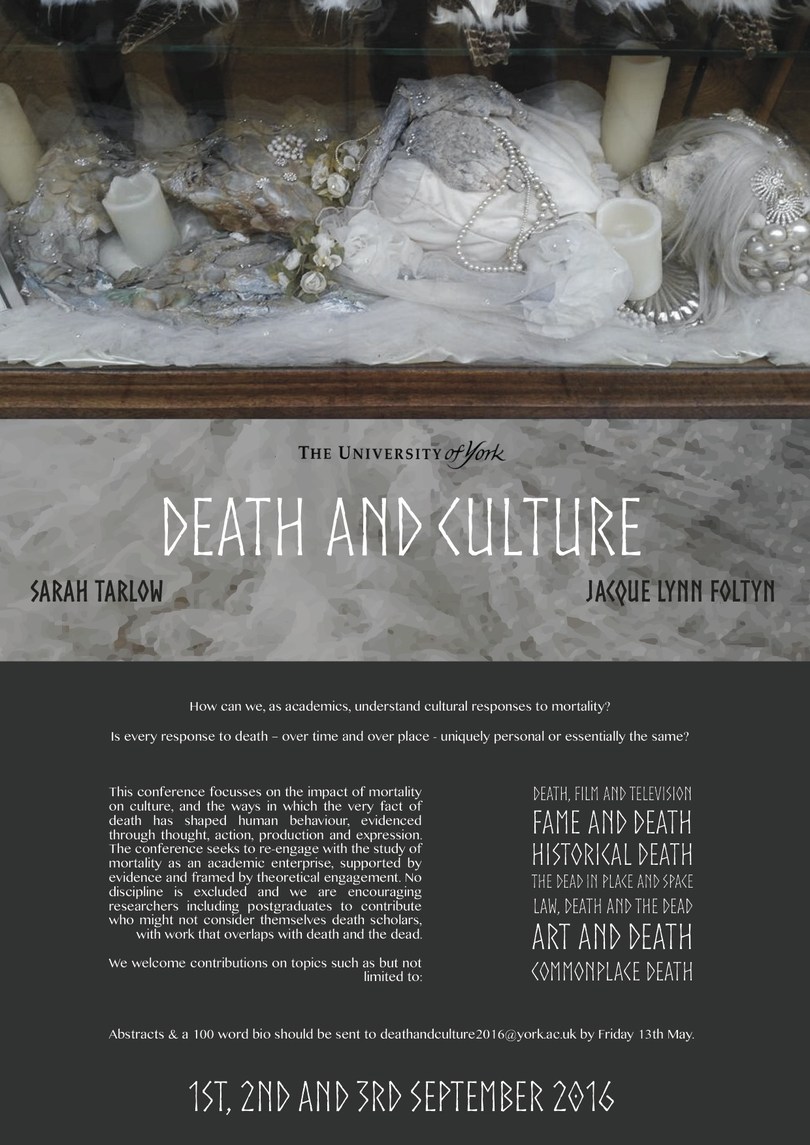 How can we, as academics, understand cultural responses to mortality ?
Is every response to death – over time and over place – uniquely personal or essentially the same ?
This conference focusses on the impact of mortality on culture, and the ways in which the very fact of death has shaped human behaviour, evidenced through thought, action, production and expression. The conference seeks to re-engage with the study of mortality as an academic enterprise, supported by evidence and framed by theoretical engagement. No discipline is excluded and we are encouraging researchers including postgraduates to contribute who might not consider themselves death scholars, with work that overlaps with death and the dead.

We welcome contributions on topics such as but not limited to :

Abstracts should be sent with a 100 word biography to deathandculture2016@york.ac.uk by Friday 1st April 2016.